WISHING EVERYONE HAPPY LISTENING IN 2018

The first winner with no encouragement to find the only ticket she purchased was Brooke Maloy – the next winner who remembered their new phone number was one of our latest to join City Park Radio was Peter Carrel … and the winner of the quickie raffle after Vern O’Byrne so generously re-donated the prize (much to the surprise of Shirley Lee) was Dot McCarron.

In all, about $1500 was raised for City Park Radio. A superb effort by Shirley you would agree. 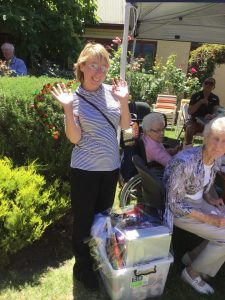 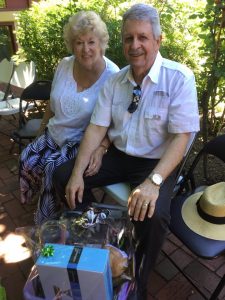 We know you like our sports broadcasts and there is quite a following for our descriptions of SEABL basketball and TSL home games.

Mary volunteered as a presenter for 17 years conducting her Ceilidh, first weekly then fortnightly on Saturdays.

With her broad accent, she was often asked in supermarkets “are you that lady on the radio?”. Indeed she was, and we will miss her too.

We extend our deepest and warmest regards to David and the family. 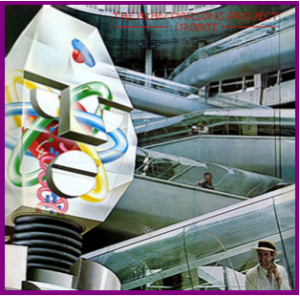 After releasing their first album two years earlier, it was not until the follow-up in 1977 that The Alan Parsons Project really reached their potential. Deriving the title and concept of I Robot from Isaac Asimov’s classic sci-fi series about artificial intelligence, they avoided any copyright issues by dropping the apostrophe from Asimov’s book title.

Alan Parsons was a London producer of note (just think “Let It Be” and “Dark Side of the Moon”) and with his partner Eric Woolfson, they formed The Project by inviting guests to play on each of their albums. This particular album featured Pilot’s David Paton on bass and Ian Bairnson on guitar, and 10cc’s Stuart Tosh on drums to accompany Parsons’ and Woolfson’s keyboards.

The music on I Robot is best described as “progressive rock” however it’s made much more accessible to the mainstream by clever use of melody, instrumentation and studio production. Songs like I Wouldn’t Want to Be Like You, The Voice (sung by Cockney Rebel’s Steve Harley) and Breakdown (sung by Allan Clarke from The Hollies) became the staple diet for Classic Rock radio stations in the late 1970s – and ever since

Jan 1 —Van Diemens Land Calling part 2—Stories from Tasmania—another in the series by Robert Jones…. with stories and recollections of times past.

Jan 14— Local One Day Cricket Final – the last two teams standing in Northern Tasmania battle it out for the trophy . Join David Mohr and his team for ball by ball commentary.

It’s almost six in the morning

The day is nearly dawning

To hear programs full of surprises

And listeners enjoy the music we play

There’s news sport and weather on the hour

So please don’t stay too long in the shower

What a mighty band of intrepid brothers

Rising early for the benefit of others

At the mike well before sunrise

From six to nine thirty Monday to Friday

But only till nine on Saturday and Sunday

You won’t be disappointed I know

IS COMMUNITY RADIO ABOUT THE LISTENER OR THE PEOPLE ON AIR

…. some quotes from the CBAA Conference reported by RadioInfo

“There are 21,000 staff/volunteers, but 5 million listeners, so it must be more about the listeners.”
“Each station has its own personality… some of them have multiple personalities.”
“I came into this thinking that it was all about the audience but I didn’t appreciate how important the on air presenters are. In these days of juke box services to build community we need the personalities of the people on air.”
“Our presenters are there for a reason, sometimes that reason is ego, sometimes it is for passion, sometimes they are there for the audience. Sometimes it’s all of these reasons.”
“Community radio fosters the development of people who contribute to our society… It develops the skills of people who can then contribute to our community… we have a responsibility to continually grow new broadcasters because they enrich our communities.”

“You are licenced to serve your community of interest. It’s not just about presenters or the listeners, it is about serving and connecting with the community.”

“We are asking the listeners to listen, but if we are not listening to them it won’t happen. We need to be aware and engage our community.”
“We are moving from push media to pull media, the listeners are more and more choosing what they want to listen to, we are no longer choosing that for them.”

Once again, sausages on onions on a doona….

washed down with a can of soft drink …

Ideal for a summers day … and you’ll be helping City Park Radio.

Please support these business as they support your community radio station….

and don’t forget to mention you heard about them on City Park Radio.