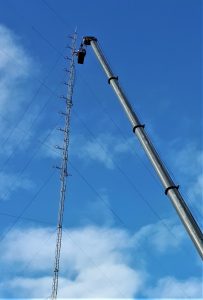 Remember last year The Honourable Michael Ferguson promised and delivered $15,000 to the station.

Since receiving the money, the station has been making some improvements to the station. Some of the money has been spent on renovating the Radio Museum with new signage, shelving, lighting and presentation.

It is now truly comfortable and pleasant to visit the Museum thanks to the efforts of John Munday and his team of volunteers.

Recently the station invested in robust and comfortable chairs for the presenters who sit for long periods of time. The grant money has helped with the health, safety and well being of our volunteers who give their time freely.

Lately the station has also spent a sizable amount of money repairing the transmit antennae for 103.7FM.  As you know infrastructure does wear out over time, and needs maintenance and sometimes replacing.

Our sincere thanks to the State Government for the funds and to our technical volunteers who are undertaking these repairs replacing coax cable, joining plugs and sockets and updating other essential equipment. 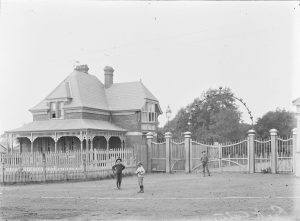 City Park was originally just a large block of bush land, (reportedly covered with thistles) in the still developing city of Launceston.  On the south east corner of what would become the park, on the intersection of Brisbane and Lawrence streets, (and facing the river) a cottage was erected by Governor William Paterson in about 1807 as a residence for the Governor of the colony when he visited Launceston, it was called the “Governors Cottage”. This was frequently used as vice-regal accommodation after it was built.  However, over the years, the cottage fell out of favour with the Governors of the time, with the last time it was used being in 1861.

Following this, the “Governors Cottage” was rented out to private individuals until 1885 when owing to the increasing cost of upkeep, the cottage was demolished and its few remaining acres of property handed over to the Municipality to be added to the City Park. 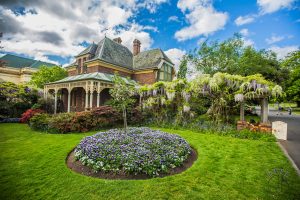 What now constitutes the City Park was actually started in 1838 as a garden, under the patronage of Governor Sir John Franklin and his wife Lady Franklin. The Park was originally known as the “People’s Park” and sometime later in 1882 this was changed to “Town Park” and then finally to “City Park”.

City Park Radio’s cottage was originally constructed in approximately 1886 and was then known as the “Superintendents Cottage”. It was built to provide accommodation for the Superintendent who was responsible for all public reserves owned by Launceston Council and was occupied until the 1960’s. The building that now houses City Park Radio’s twin studios was built in 1948 as one of the additions that have occurred since the cottage was built. 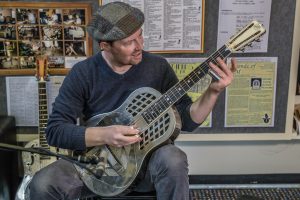 Our program that features recently released music is called “The New Brew” and can be heard every Tuesday night from 8 o’clock. With an array of different announcers, you can hear music from many different genres, with an emphasis on Australian independent artists, courtesy of AMRAP – the Australian Music Radio Airplay Project.

This wonderful project ensures the regular arrival of newly released independent albums at the station. However the New Brew delivers something special on the last Tuesday of the month, when you may well hear someone playing live on your radio.

City Park Radio is fortunate to have a performance space that is perfectly suited to accommodate small groups of artists and their instruments. We call it “Studio D”. We have had musicians raging from solo performers playing guitar to a full rock band, including drum kit, and their music has been faithfully captured by Bent-eared Records’ Malcolm Levett. 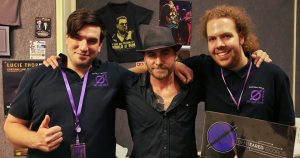 It’s not an easy task to adequately set up several microphones in order to give listeners a true representation of the artist’s sound, but Malcolm and his experienced crew do a great job in bringing the live concert to you through your radio.

Tune in to The New Brew every Tuesday night for an interesting mix of new music, with the last Tuesday in the month featuring someone playing live in Studio D. 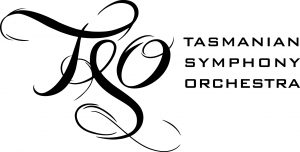