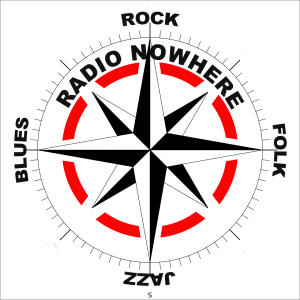 Radio Nowhere started in November 2009. Chris Sayer thought that Bruce Springsteen’s song “Radio Nowhere” was a great name for a radio show. Of course Chris never asked for Bruce’s permission, but Chris was sure Bruce wouldn’t mind – he’s a nice bloke!! The show’s two original presenters were Chris Sayer and David Lay who were presenting programs on alternate weeks.

Terry Neal joined the Radio Nowhere team around the beginning of 2011 and produced a program every second week called “Radio Nowhere: Alive & Kicking” which featured artists recorded live in concert. This combination ran for approximately two years. Terry Neal took over presenting Radio Nowhere every week from March 2013 and he’s been presenting ever since

The show’s original brief was to play an eclectic mix of music – covering a multitude of styles and genres and it’s continued in that style. These days Radio Nowhere also includes album tracks from well-known artists and some rarely heard artists from the 60s up to the present time. The show occasionally features live tracks as well. Radio Nowhere includes songs that you possibly won’t hear on daytime radio. The show provides an alternative listening experience!

Why don’t you tune in every Thursday night between 8pm and 10pm to enjoy Radio Nowhere with Terry Neal. 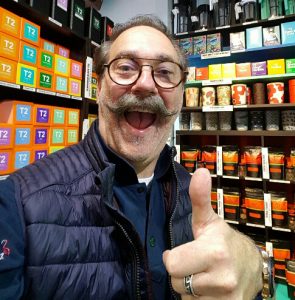 Bruce was born and educated in Brisbane. He graduated with a Fine Arts Diploma in Wellington, New Zealand, where he resided for nine years. On his return to Brisbane, Bruce was employed at Myer focussing on visual merchandising before being headhunted by David Jones. In Sydney Bruce oversaw the presentation of the famous Market Street Food Hall as well as visual merchandising the Kitchenware floor and the prestigious China & Glassware departments. Later years saw him travel the globe yearly reporting back to the then Board of Directors on retailing trends.

About 11 years ago, Bruce came to Tasmania on holiday and fell in love with the place and the people (as most visitors to Tasmania do!!). He moved to Launceston permanently 8 years ago, and given his extensive retail experience, decided to purchase the, “Cocoon Living”, business in George Street. Many of his customers encouraged him to advertise his business, and after initially doing some advertising on Chilli FM, he came across “City Park Radio” which he felt played the sort of music that better suited the demographic of his existing and potential customers. Pedestrian foot traffic has greatly increased and overall sales have improved 25% as result of the innovative sponsorship spots on City Park Radio.

Bruce came along to the last AGM, and when he became aware that a vacancy existed on the Management Committee, he immediately expressed his interest in joining the Committee. He believed he could add value to the station with his significant retail experience and local business contacts to assist in attracting further sponsors.

Bruce feels the major positives of City Park Radio are:
 The diversity in programming and music
 The fact that it is an all-volunteer organisation but is run very professionally
 It provides great community service.
 Great comradery.

A great time was had by all on City Park Radio’s winery tour of five vineyards and Lavender Farm which took place on 18th November. Well done to Sheila Hoban and Linda Callister for organizing this most enjoyable event. 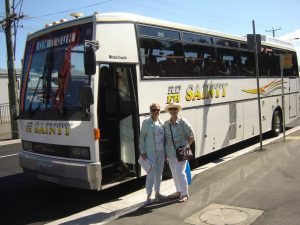 On the buses with Sheila & Linda 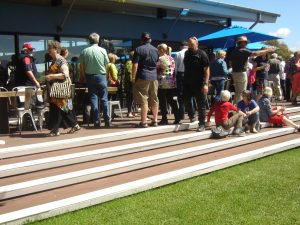 Lots of wine-ing going on 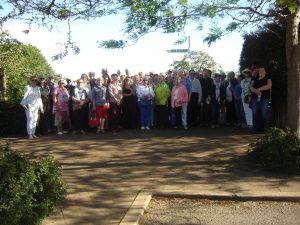 Where did our bus get go ?

Our Christmas hamper raffle was not hampered by rain at our Christmas BBQ … The Mayor of Launceston knew the drill and drew the winning tickets ..1st Hamper – Stephanie, 2nd – Vonda 3rd – Ike & 4th – Margaret. Thank you everyone who participated — you are all winners being part of City Park Radio 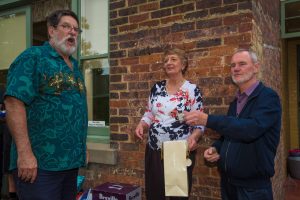 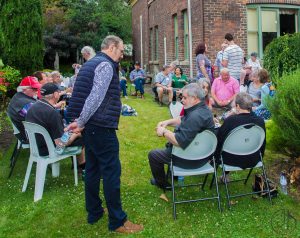 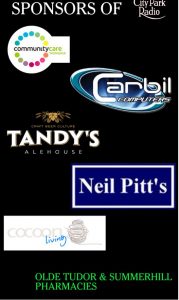