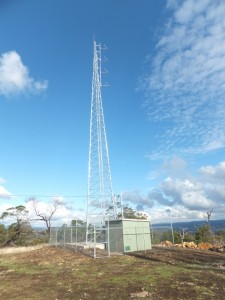 As you can see, the mast has been erected, the antenna and microwave dish installed and the compound has been fenced… and of course the power has been connected.

Ian Campbell has advised the installation of transmitter and STL receive equipment has been completed. Test transmissions are not too far away.

These tests have to be performed within the operating specifications we have been granted by ACMA, and we are required to see if there is interference to any other communication services including mobile phones.

There is a some paperwork with timelines to meet before test transmissions can actually begin in the second half of May.  If there are any problems, then CPR needs to fix them during the testing phase.

Only when any problems are resolved, will CPR be able to broadcast full time on the translator. Hopefully if all goes to plan, the translator will be running full time in June.

City Park Radio is very proud of the efforts of our volunteers who make, create and keep our programs and operations running smoothly all day and every day

A sterling job done by many so you can enjoy the benefits of community radio.

Without them, there is no heart in community radio.

DO YOU THINK CITY PARK RADIO HAS GOOD PROGRAMS 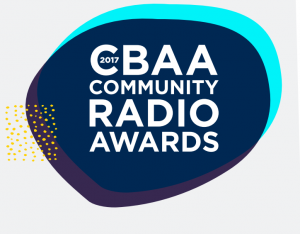 Entries for the 2017 CBAA Community Radio Awards are now open!

These awards promote and recognise excellence in community broadcasting, acknowledging the accomplishments of stations and their programs, initiatives or practices that increase their capability and improve the services offered to that station’s community.

If you love some of our programs and think they are good enough to be a finalist in these national awards, consider entering now. The deadline for entries end soon

To find out more about the 2017 Awards categories, criteria and how to enter, download the guide. http://www.cbaa.org.au/sites/default/files/media/2017-CBAA-Awards-Criteria.pdf

All entries are via the CBAA online entry platform https://cbaa.awardsplatform.com/ and remember, entries close on at 9am AEST on 8 May.

If you enter one of our programs, please also let one of the programming committee know as well.

Great meal and music just for you

The Tassie Tenor will sing for his supper

Prizes on the night – lady luck may be beside you

Tell your friends, get a group together, buy your tickets now at the CPR office.

Once the tickets are sold …there are no more.

Sheila Hoban agreed to be the Secretary until the next AGM following the resignation of Linda Callister.

Dian Smith has agreed to take on the role of Office Coordinator.  Don’t forget to pop in and say gidday to two of our newest office volunteers … Colina & Dorothy.

MEMBERSHIP FEES can now be paid for the 2017-2018 season to support great community radio in Launceston. Still just $45 — that’s less than a dollar a week … the more members, the easier it is to keep membership rates low.

Friday May 5th —  Join Mike Dunphy for Long Lunch at Agfest—Mike will bring you  some of the highlights live from Carrick including his regular fishing spot with Quenton Higgs.

Friday May 5th—is the return of the Late Night Lounge with Elizabeth Collins. Trevor Simm has finished his Friday Nights W program and so Elizabeth is happy to reopen the door to the lounge every Friday at 10pm.

Saturday 6th May, Saturday 27th May — Outside Broadcasts – SEABL basketball—there has been a tremendous response to the start of the Torns 2017 season … and so CPR has extra Outside Broadcasts scheduled— Dave Mohr and his team will bring a double header on those days … TSL football action in the afternoon, and live basketball action at night. – All made possible with sponsorship from Rob Soward & ZAB Window Fashions.

Sunday 21st May – the new start time for series 2 of The Doctor Audio Adventures for 2017 will begin. It has been put back a fortnight to allow more time on production values. The series will air Sundays at 10.30am, with repeats  Monday 7.30am, Wednesday 1.30pm and Thursday 6.30pm …. there is no excuse to miss this locally scripted and produced radio series.

Management has approved a new scale of fees for archiving.

Many of the existing prices remain with some other services added to the list.

The price list now includes audio transfers to USB’s, and adjusted rates for longer cassettes needing to be transferred to 2 CD’s.

REELIN’ IN THE YEARS – Classic Album of the Month 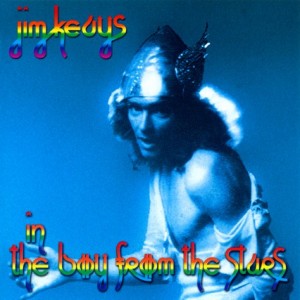 After two years in England and releasing classic albums of their own, The Masters Apprentices broke up and lead singer Jim Keays returned to Australia as a solo artist. He did several odd jobs in and around the Melbourne music scene, before releasing his debut solo album, “The Boy from the Stars” in December, 1974.

The album told the science fiction tale of a visitor from another planet who arrives on Earth to issue a warning about the misuse of power. Keays wrote and sang the songs, and gathered the cream of Australian rock musicians to play on them for him. The guitarists featured Phil Manning, Billy Green, Lobby Lloyd and Chris Brown, and keyboards were played by Peter Sullivan, Peter Sullivan and Mal Logan. The rhythm section was the Aussie powerhouse of Duncan McGuire on bass and Mark Kennedy on drums. The distinctive voice of Marcia Hines was prominent as the backing vocalist.

“The Boy from the Stars” was released on CD for its 25th anniversary with extra tracks, including a recording from the 1975 Sunbury Rock Festival where the album was premiered. This re-release only adds to its “Classic” status.

More photos from the hill … the translator site.

Access to the site is restricted. Our egress is via a track through private property. 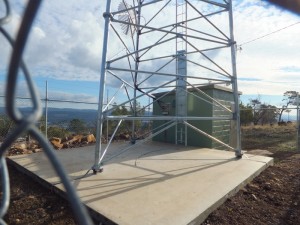 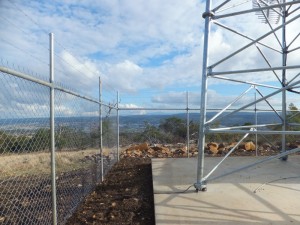 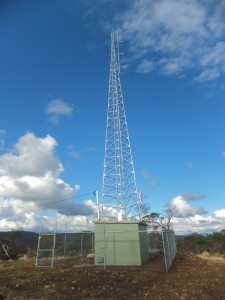 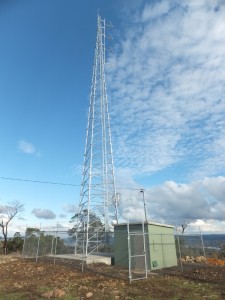 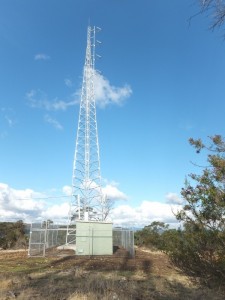 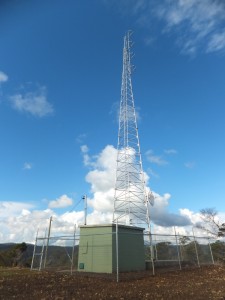