THE END OF AN ERA AT CITY PARK RADIO 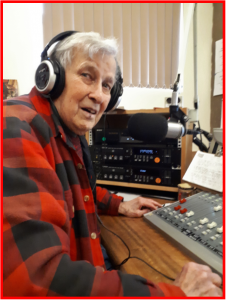 After 20 years of Sunday Breakfast, Ken Brooks has handed in his Sunday keys. A sterling effort with early morning starts on nearly every Sunday morning. Well-liked and with a good following, we remember Tony Jarvis from Becks sponsoring the station for a couple of years, we are sure it was because he enjoyed Ken and his music on a Sunday morning.

Ken, it was a magnificent effort and you’ll be a hard act to follow. The comments you have received on our facebook page are a true testament to your hard work. A champion effort !!

Of course, you can still hear Ken on Friday afternoons…..

and the station now needs to find someone else to change the clocks twice a year with daylight saving…. it’s those little things we thought the elves just made magically happened … the secret is out – it was Ken.

City Park Radio is offering you another opportunity to stay in touch and provide feedback to on air presenters.

There’s always the telephone… but now you can text the station from your smart phone.

Andrew and Amanda from Zest Agency collected City Park Radio‘s donation to the Launceston Benevolent Society a couple of weeks ago.

Over 6 boxes of food, tinned vegetables, fruit, breakfast cereals, rice and a pack of water. (and even a tennis racquet!!)

What a fantastic effort CPR!

Even the full bottle – of sauce. 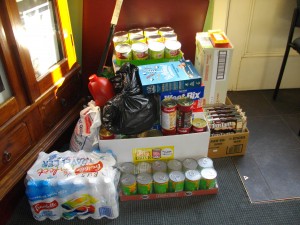 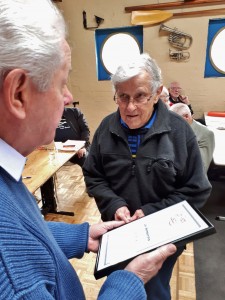 The Annual General Meeting agreed to award Life Membership for the exemplary services shown by three people .. Each with their own special and outstanding selfless contribution to City Park Radio  .. Vonda Bassett, Ken Brooks, Les Martin.  All very well deserved.

Vonda Bassett for her contribution to administration and fundraising, for her wide ranging contributions to the Country Music Unit and presenting.

Ken Brooks for his tireless efforts with presenting and training new presenters, and contributions to various committees and operations at the station.

Les Martin for his expertise and generosity with construction contributions over more than twenty years, first with the stables construction, then Studio D development and the recent mammoth effort with the translator construction.

Our patron Don Wing presented the framed awards to Ken, Vonda and Les. 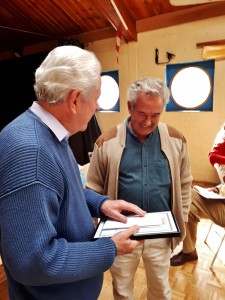 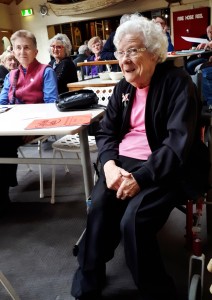 Secretary …*** it could be you

A vacancy exists for Secretary (1yr) .. give some thought to being part of the team overseeing the successful operation of your community station … and then submit your EOI to the management committee by 15 September.

Copies of the Annual Report are also available at the office.

LET’S HAVE A CHAT – ROB FOGGO 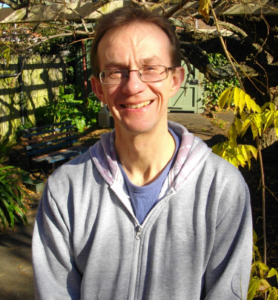 Rob is a Launceston boy born in 1973.  He is single and still looking for the right person.

Worked in the payroll dept of ACL Bearing for 18 years, Gunns for 10 mths, George Town Council – 5 ½ yrs and has been at the Launceston City Council for 1 ½ yrs.

Rob chose City Park Radio because of his love of music.  He was told he had a good voice for radio, so decided to give it a try.

At the station, Rob presents Bad Habits Good Tracks every second Thursday night. He is also on the roster to present Saturday Rock and is interested in presenting an Off Beat program.

Rob’s interests are football (North Melbourne supporter), hanging out with friends, spending time with his son and listening to music – mainly Rock.

Down the track, Rob will still be in Launceston playing rock music (and hopefully, spending time with his Miss Right). 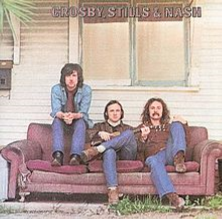 The coming together of three gifted musicians David Crosby (The Byrds), Stephen Stills (Buffalo Springfield) and Graham Nash (The Hollies) produced an album that was to be very influential on many levels on the popular music scene in America in the 1970s.  The album called “Crosby Stills & Nash” was released in May 1969. It contained two Top 40 hit singles “Marrakesh Express” and “Suite: Judy Blue Eyes”.

Part folk, blues, rock and even a touch of jazz, the album eventually notched up sales of over 4 million copies. It also contained some of their best known songs: “Helplessly Hoping”, “Long Time Gone” and “Wooden Ships”. Stephen Stills dominated the recording of the album. Apart from the drums, he played nearly all of the instruments on the album.

The group (with Neil Young) performed some songs from the album at Woodstock in August 1969. Crosby Stills & Nash won a Grammy in 1970 for “Best New Artist” It was to be the start of a very creative as well as a tumultuous time for Crosby Stills & Nash over the decades that followed.

DATES FOR THE DIARY

The committee is calling for expressions of Interest to attend the conference on the Gold Coast.

The CBAA Conference is the largest annual gathering of community broadcasters and offers delegates an opportunity to learn from industry and sector leaders, to network with broadcasters from all over Australia and to share your own knowledge and stories.

If you are interested, and happy to return with a report on the conference, please drop your EOI to the management committee on why you should be the one to attend.. by 15 September.

Check out the Conference website for more details –  https://www.cbaa.org.au/conference/2017-conference-program